Friday Fictioneers is a writing challenge hosted by the talented Rochelle Wisoff-Fields. Writers from near and far use the photo prompt provided to create a 100 word piece of fiction. Click the frog below this post to add your own story and check out everyone’s submissions.

I seem to be seeing the brain, specifically my mom’s brain, in every challenge lately.

Her thoughts and movements were like a troupe of actors reinventing themselves, weaving through the maze of roles that were new and more difficult to them. Their greeness kept her trapped in a maddening script of continuous wrong turns. Lefts pretended to be rights and rights swore they were lefts. She shuffled and bumped into the shadowed corners of their stage, stuck until the faint memory shone through and illuminated her mark, briefly. When darkness returned, as it would today, tomorrow, and always, rehearsal began again. She’d practice, not knowing the curtain would fall before she ever perfected her part.

All day I felt down, kind of depressed. Blank.  Physically I wasn’t at my best which could have been a contributing factor to my less than perky mental state. My body was working double time to correct all of the bad decisions I made on game day. But a hangover created from pulled pork tamale pie, what seemed like gallons of mimosas followed by beer, and a grand total of about three ounces of water taken in over the course of twelve hours wasn’t the sole perpetrator of my condition.  Sure, the game itself, or more accurately it’s outcome, was weighing on me too. Shaking my head everytime that final down replayed itself in my mind only served to worsen the migraine that was stabbing and thumping behind my eyes, but I couldn’t stop myself from doing it. That innate response to disbelief and disappointment couldn’t be controlled. Three feet and three chances squandered. Gah! Commence skull cracking head shake. But the Seahawk’s loss to the Patriots wasn’t really the true culprit in my sulleness either. Super Bowl Monday has, for a very long time, been a day of discomfort born of something much more than who won and lost or my level of indulgence from the previous night. END_OF_DOCUMENT_TOKEN_TO_BE_REPLACED

Entry for Micro Bookends 1.14 challenge.  The story must be between 90 and 110 words, start with peace,end with prize and incorporate the photo prompt.

“Peace? “How can you possibly believe she is at peace?” I ask my relatives of the extended kind, interrupting their analysis of the mental waves that the body they once knew as a cousin was riding. What their limited appearances didn’t allow them to know is that the ebb into limbs with less dramatic angles and a quieter mind is always followed by a dramatic and painful flow back to the shore of her new normal. The caregiver who now needs constant care.  The mother who is now the child. The life of the party who is now the wallflower. Being swept out to sea for good, that’s her prize. 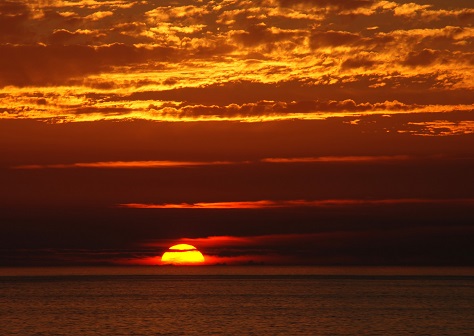 As rough as the daytime tour of duty was, the night shift made up for it. I don’t know if she was just exhausted from the earlier battle or if the transition from day to night had some sort of reverse Sundowners effect on Mom. She would go from fighting every little thing to being more lucid and docile the moment that artificial light filled the room and the curtains covered the windows. As we’d sit in the family room half watching the tv, me in the recliner and her in the hospital bed that filled most of the small space, I could feel the change. I could feel her presence. I’d turn to look at her and find her watching me, her clear blue eyes warm and focused no longer angry and confused. “I’m sorry” she’d say. “Why are you sorry Mom?” I’d ask. “I’m sorry that I’m like this. I’m sorry that you have to take care of me”. As I stood and moved to her bedside, I could feel my chest begin to heave with overwhelming emotion. “I would do anything for you and I’m sorry that you have to go through this.” I’d then hug her tightly, feeling our tears mingle as our cheeks touched, and she would whisper in my ear. “I love you. Tomorrow will be better.”

“Where’s Bob?  Where’s your dad?” she asked over and over, never tiring or remembering.  “He’s at the beach” I’d reply with increasing impatience. It didn’t really matter where he was. This happened anytime Dad(Bob) was away from the house. Something pretty amazing, albeit simple, was born out of the irritation.  The dry erase board we used to keep track of therapy times and medication dosages transformed into the keeper of “all things Bob” and, eventually, answers of any kind. This slightly discolored, badly hung piece of plastic was magic. Recording the days answers became a new ritual.   “What do you want to know today Mom?  Let’s put it on the board.”  The anxiety and pressure dissipated almost immediately with this new way of communicating.

Mom:  “I already had lunch. Soup and a sandwich”

Mom:  “What kind of sandwich?”

She loved that duck.  I’m not sure if Fussy was a boy or a girl and I’m not sure if she even knew.  But she loved that duck.  Every time she said the name it was like a tire losing air. Her top teeth would jut out slightly and then plant themselves solidly on her lower lip, creating a wind tunnel for the over exaggerated F. Fussy would waddle behind her as she made her way around the backyard garden of the house in the Woodstock neighborhood of Portland, Oregon.  Long before raising chickens, growing heirloom this and that, and city based homesteading was as hip as wearing skinny jeans and a handlebar mustache, my grandparents were managing their own food supply.  My mom couldn’t recall where she had gotten the duck, but it was her friend and pet.

This first time I heard about Fussy was after Mom had the heart attack that turned her brain into a sieve incapable of hanging onto new memories for more than a couple of minutes. Looking back on it now, it almost seems like the injury served to make the old and buried memories more accessible because Mom would bring up stuff out of the blue that no one had ever heard before. It was like a game of Keno, but instead of the board popping with the light of newly added numbers, her mind would ping  here and there with long forgotten remembrances. Or, maybe the injury just made her more able to share. Less restricted. Less worried about implications. When she talked about Fussy, I was transported back in time, feeling as if I was seeing my Mom as her 7 year old self talk about her beloved duck. Her eyes lit  up and she smiled, remembering how Fussy would follow her everywhere, “but never into the garden”. “Fussy always knew to stay outside the gate while I went in and picked some snap peas for us” she would say in a much higher octave than her own and with that childlike cadence that had become her new normal. “Fussy was the best duck” she stated as sadness took over her face. “What’s wrong Mom?” I asked. “My dad gave Fussy to the priest” she answered with all of the earlier sweetness and happiness now missing. “You mean the duck went to live at the church?” I asked almost begging. “No, the priest had Fussy for dinner.” she responded quietly and with tears forming in her eyes. “What the fuck!” is all I could manage to say. “That is just the way it was back then” she reminded me in her almost-mom-again way. “What, you mean people just handed over their child’s pet for the priest to eat like it was no big deal?”

I can now understand why the brain jumps in on our behalf to protect us from history.  I understand why, when she was fully competent and able to exercise some control over the brain to mouth connection, my mom never told this story. As I write this today, years and years removed from her recounting of her and Fussy’s story,it is painful. When she told Fussy’s story as well as many others equally as new and shocking, it’s as if the part of the her brain that was the decider of what stories should make it all the way to the mouth had shut down due to the injury,allowing her,or maybe even urging her,to share them. Maybe she was just tired of holding on to them,or maybe she just simply had no real say in them being spoken.